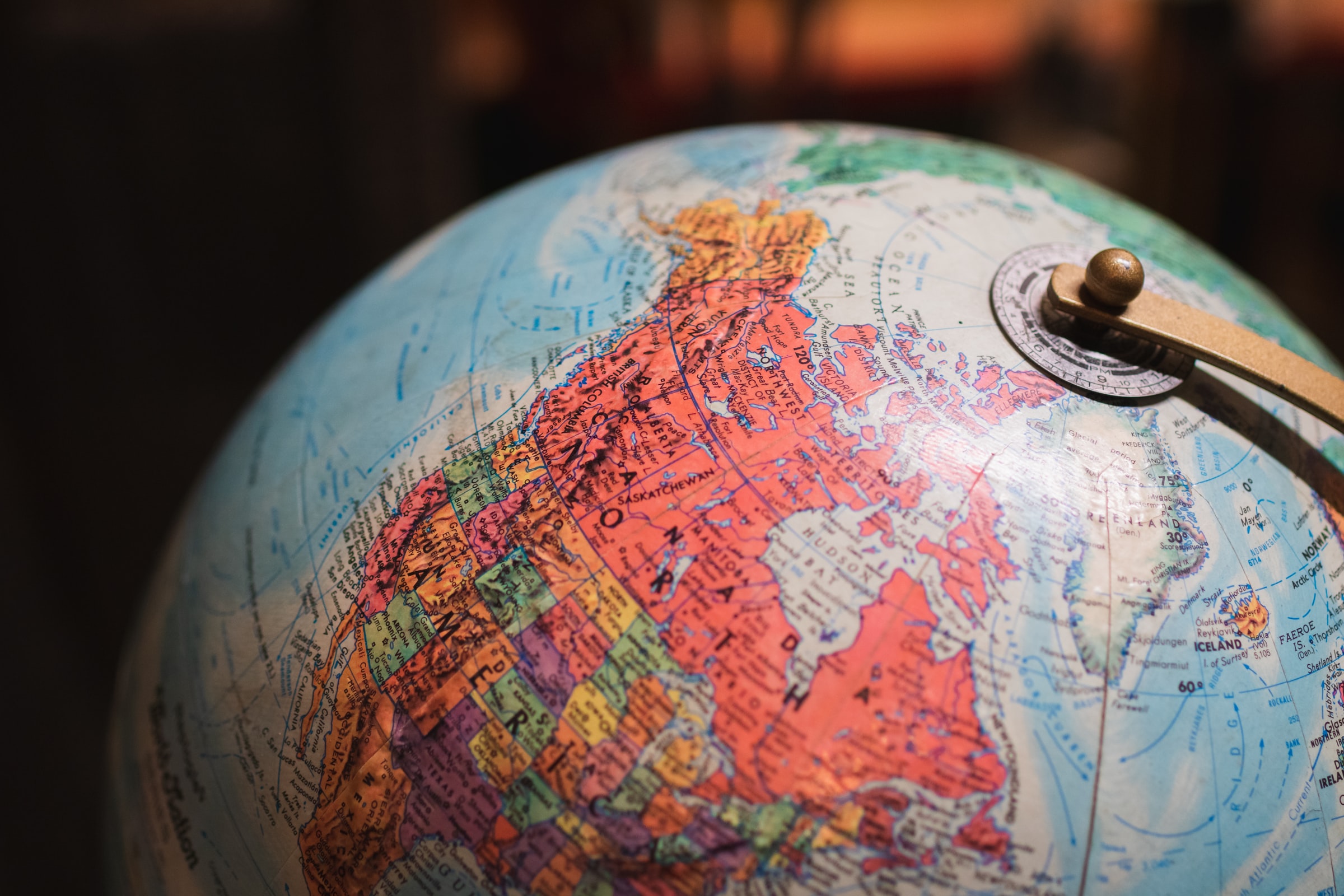 Tax Foundation welcomes the opportunity to offer comments on the Wyden, Warner, Brown discussion draft on international taxation. Tax Foundation is a nonprofit think tank based in Washington, D.C., and our mission is to improve lives through tax policies that lead to greater economic growth and opportunity. We use the four principles of simplicity, neutrality, transparency, and stability when evaluating tax policies.

The Wyden, Brown, Warner discussion draft revisits many of the provisions put into law in 2017. The 2017 reforms in many ways brought the U.S. tax system more in line with those of other developed countries. In the areas where it departed from those systems, this new plan would exacerbate those differences.

The differences between the way the U.S. taxes the foreign income of multinationals and the way that other countries do results in an uneven playing field in foreign markets, to the disadvantage of American firms and workers.

U.S. companies succeed and maintain their success by developing innovative products and services that reach customers around the world. However, when U.S. policies create tax or regulatory penalties that are not faced by foreign competitors, those competitors have opportunities to gain market share and out-compete U.S. multinationals.

When U.S. companies are out-competed abroad due to U.S. policy burdens, that can have a ripple effect throughout the U.S. economy on the workers and supply chains that support the global business of local U.S. companies. According to the Bureau of Economic Analysis (BEA), in 2018, U.S. multinationals contributed 41.5 percent of private business capital expenditures and employed 28.6 million people in the U.S. They constitute an even larger share of high value-added activity, engaging in 74.2 percent of business research and development in the U.S. and earning 76.2 percent of all corporate income.

While incomplete, the draft legislation from Senators Wyden, Brown, and Warner envisions significant changes to Global Intangible Low-Taxed Income (GILTI), Foreign Derived Intangible Income (FDII), and the Base Erosion and Anti-Abuse Tax (BEAT). Overall, the draft has the potential to address certain defects with the GILTI regime, but also has the potential to exacerbate certain uncompetitive features. The following is a list of our detailed concerns.

As mentioned above, the approach outlined in the draft legislation could create disadvantages for U.S. multinationals when they are competing for market share against foreign-owned companies. While the tax rates are left undefined, the per-country calculations for foreign earnings and tax liability to the U.S. government will increase the compliance and administrative costs of U.S. cross-border tax rules. It is therefore critical that U.S. lawmakers attend to the need for appropriate timing adjustments, foreign tax credit offsets, and the potential revenue implications of removing an incentive to keep mobile income sources within the U.S. tax base.

The Wyden-Warner-Brown proposal would reshape how the U.S. taxes multinationals, but it leaves unspecified critical parameters, particularly tax rates. The following analysis focuses on a basic version of the structure of their proposal, with minimal changes to tax rates.

The proposal would equalize the GILTI minimum rate (in the absence of foreign taxes) with the FDII rate, although this rate is left ambiguous. In the basic version modeled below, we assume both these rates are set at 13.125 percent (the FDII rate pre-2026, and the GILTI minimum rate beginning in 2026). It would also require that foreign taxes on GILTI, subpart F income, and foreign branch income all face the same haircut, although this haircut rate is only described as being between zero and 20 percent. For the basic version of their proposal, we model the 20 percent GILTI haircut as extended to taxes on subpart F and foreign branch income.

As mentioned above, it would repeal the QBAI exemption for tangible assets from the GILTI calculation. It would repeal expense allocation for R&D and stewardship expenses.

Table 1 presents the effects on federal corporate income tax liabilities of these changes. By design, equalizing the GILTI minimum rate and the FDII rate at 13.125 percent raises revenue in the first four years when this is only an increase in the GILTI rate and loses revenue beginning in 2026 when this is only a decrease in the FDII rate. Extending the 20 percent foreign tax haircuts from GILTI to taxes on subpart F and foreign branch income raises $14.4 billion over the 10-year budget window. Switching the GILTI calculations to country-by-country and imposing mandatory high-tax exemptions for GILTI and subpart F raise $23.9 billion over 10 years; while the switch to country-by-country calculations raises revenue, the mandatory high-tax exemption for GILTI loses revenue because it reduces the burden of expense allocation. The high-tax exemptions substantially reduce the revenue raised from country-by-country calculations, but they shift the U.S.’s foreign taxes closer to the top-up system envisioned by the OECD’s Pillar 2 proposal.

Repealing the QBAI exemption only raises $11.6 billion in this scenario. While this would raise significant revenue on its own, this is much less important with a high-tax exemption. Because larger countries with highly productive workers tend to have more tangible investment, and to choose higher tax rates relative to countries that choose to be tax havens, the mandatory high-tax exemption also substantially reduces the importance of the QBAI exemption.

The changes to the FDII calculation would transform FDII from a tax rate reduction for high profits attributable to intangible assets (which are also easier to shift across borders) to a super-deduction on R&D and worker training expenses. Even including 100 percent of R&D and training expenses in this calculation, the new version of FDII (Foreign-Derived Innovation Income) provides smaller deductions than the current version of FDII. Although the proposal’s changes to GILTI increase residual U.S. taxes on income in controlled foreign corporations, eliminating FDII’s incentives to book income from intangible assets in the U.S. results in a net increase in profit shifting under the basic version of the proposal.

The results above pertain only to how the Wyden-Warner-Brown proposal would reshape how the U.S. taxes its multinationals, but most of the revenue from a final version of the proposal would come from changes to the corporate tax rate, to the minimum rate on GILTI and rate on FDII, and to the haircut rates on taxes on GILTI, subpart F, and foreign branch income. Table 2 considers how alternative rates and haircuts would affect the revenue from the proposal.

As the revenue analysis indicates, the proposed restructuring of the GILTI and FDII regimes makes several changes to the tax base that are largely offsetting, leaving virtually all the revenue potential to be determined by the tax rates on GILTI and FDII and the haircuts on foreign tax credits. Lawmakers should carefully weigh the trade-offs between higher tax revenues and competitiveness, noting that no other developed country currently has a GILTI regime or anything remotely approximating it. And while the OECD Pillar 2 negotiations aim to level the playing field via a global minimum tax, our analysis indicates that substantially increasing the GILTI tax burden would go beyond what is required by that standard.[1]

3 Under-the-Radar Stocks to Buy Now Near Highs to Fight Inflation
56% of Americans think the U.S. is already in a recession. These 4 steps can help protect your finances in a downturn
New retirees may face surcharges for Medicare premiums. Here’s how to appeal paying extra if your income has dropped
Bank OZK (OZK) and Spirit Aerosystems (SPR): 9/23/2022 Bull & Bear
Even as expanded child tax credit helped millions out of poverty, some still haven’t accessed funds