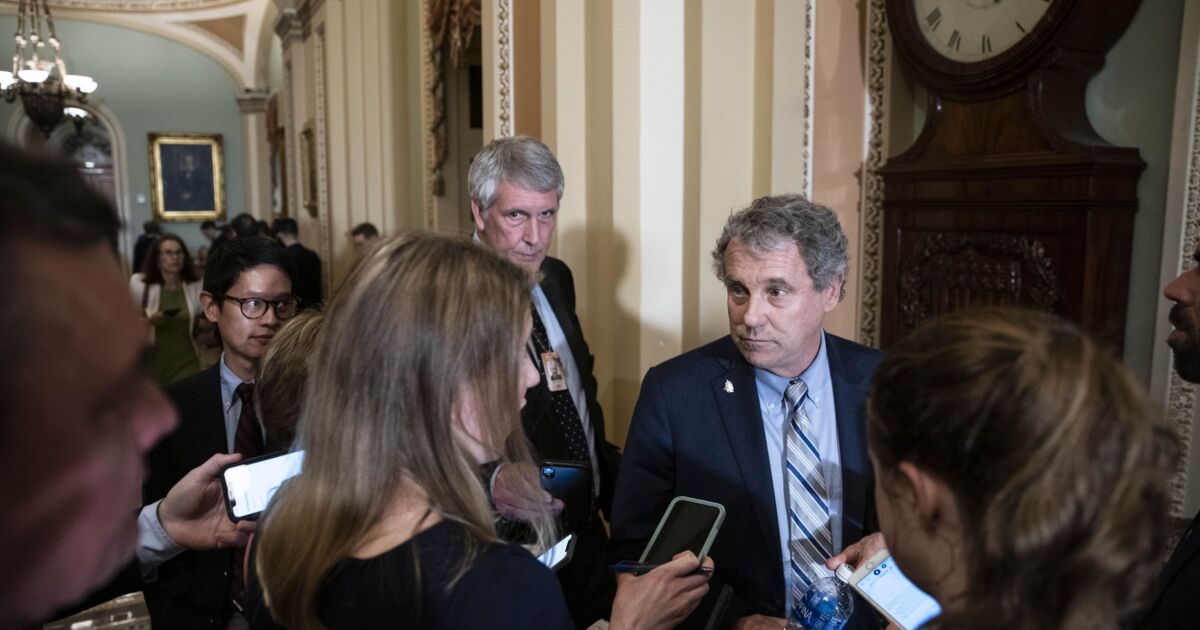 Two senior Democratic senators proposed a 2% tax on corporate stock buybacks in an effort to boost investment and reduce what they termed as tax avoidance.

“Rather than investing in their workers, mega-corporations used the windfall from Republicans’ 2017 tax cuts to juice their stock prices and reward their wealthiest investors and their executives through massive stock buybacks,” Wyden said in a statement on the proposal Friday.

Brown said, “It’s past time Wall Street paid its fair share and reinvested more of that capital into the workers and communities who make those profits possible.”

The Senate Finance Committee had been discussing both an excise tax on stock buybacks and a levy on a measure of excess pay for chief executives, Bloomberg reported last week.

The 2% excise tax on stock buybacks pitched by Wyden and Brown wouldn’t apply to transactions for funding an employee pension plan or those below a “de minimis threshold,” according to a statement released by Brown’s office. “Special rules address the treatment of foreign corporations,” though so-called inverted companies — a term used to describe American firms that shift their headquarters abroad — “are fully subject to the excise tax.”

Equity buybacks totaled a record $806 billion in 2018, the first year after passage of the tax cuts — including a reduction in the corporate tax rate to 21% from 35% — enacted by Republican lawmakers and then-President Donald Trump, according to the Brown and Wyden statement. “In 2021, as millions of families are struggling through the pandemic, corporate stock buybacks should approach, or even surpass, this record.”

The Senate Finance and House Ways and Means Committees are now hashing out proposed legislative text that would boost taxes to help pay for expanded spending on social programs including child care, elder care and tax credits for children. Democratic lawmakers have yet to nail down agreement on the scope of the overall legislation — which will require the unanimous backing of the party’s caucus in the Senate, given universal GOP opposition to the initiative.

Huron Consulting Group (HURN) and Toll Brothers (TOL)
One-time presidential pardon will not do much to alleviate student debt crisis, economists say. These changes may be a better solution
IRS management blamed for tax return backlog
Some millennials and Gen Zers are closing investing accounts over inflation. Here’s why that may lead to regrets
Top Stock Picks for Week of September 19, 2022