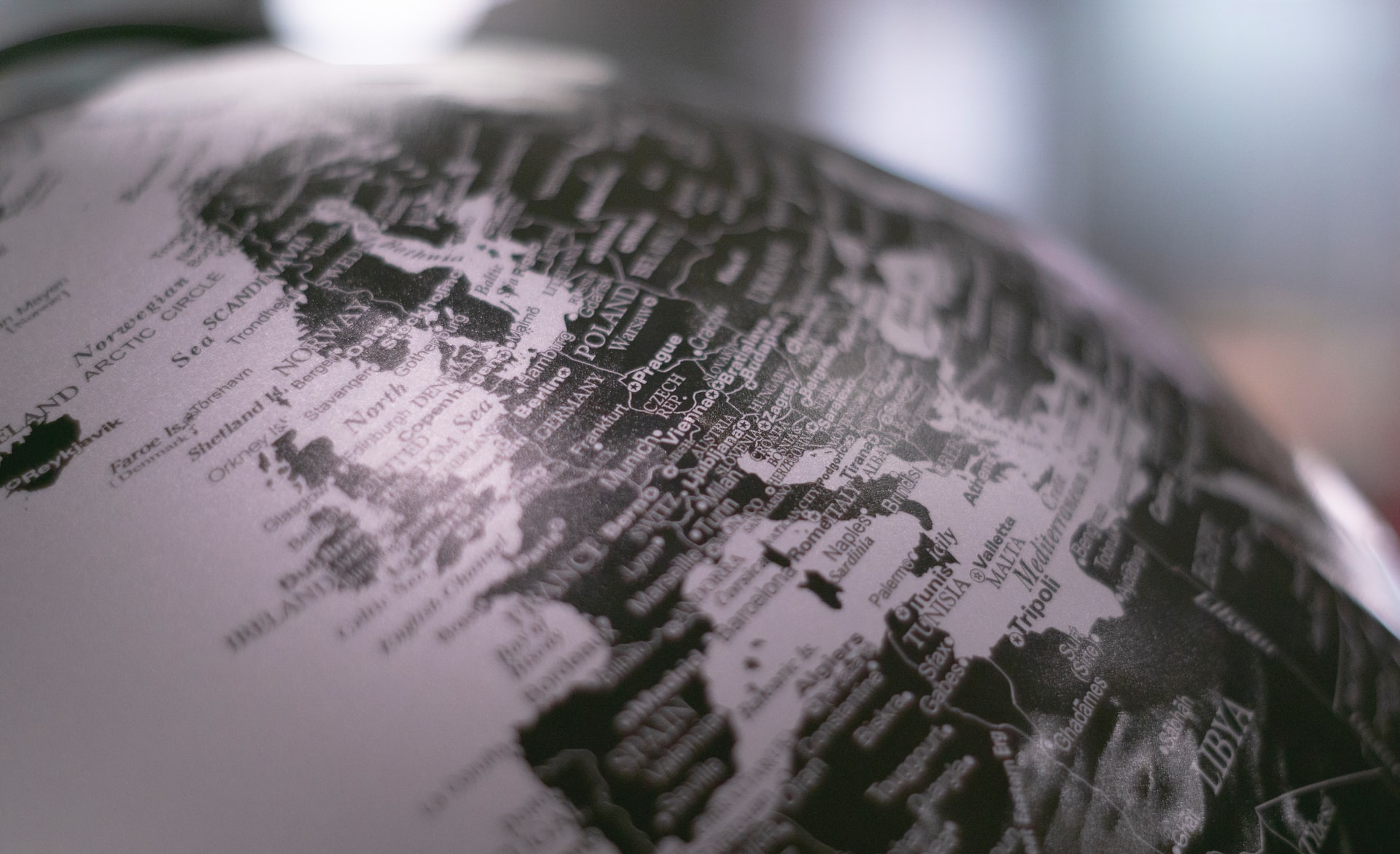 The European Parliamentary Research Service recently released a report evaluating the compliance costs for businesses and consumers of the current value-added tax (VAT) system and analyzing the environmental and social effects of reduced VAT rates. The report concludes that reducing the VAT gap—the difference between the tax collected and the tax that should be collected if all taxpayers, consumers, and businesses fully complied—will give countries additional tax revenue and reduce compliance costs.

VAT compliance costs represent up to 4 percent of a company’s turnover, making VAT especially burdensome for small and medium-sized companies. Regarding consumers, the report finds that reduced rates are not fully passed to consumers, especially when there is a reduction in the VAT rate. On the other hand, direct transfers and fiscal incentives that target specific households combined with a uniform VAT system are found to be more efficient.

At the beginning of 2021, the average VAT rate in European Union (EU) countries was 22 percent. In addition to the standard VAT rate (which cannot be lower than 15 percent) the EU’s common framework allows member states to apply one or two reduced rates not lower than 5 percent to a number of goods and services and one super-reduced rate below 5 percent. However, only Ireland, France, Spain, Italy, and Luxemburg are applying reduced rates below 5 percent. The EU VAT system was already complex before the COVID-19 pandemic but the temporary VAT exceptions and reductions applied in response to the pandemic increased its complexity even more.

VATs are one of the largest sources of government revenue for EU countries. On average, in 2019, EU countries raised 19 percent of their tax revenue from VAT; the percentage differs significantly from one country to another. By country, almost 35 percent of Croatia’s tax revenue comes from consumption taxes, compared to 14.5 percent in Italy. VAT is also one of the EU’s “own resources,” representing roughly 11 percent of EU’s revenue. The EU budget is funded partially through revenues it raises directly and partially through contributions from member states.

Given the importance of VAT revenues both for individual EU countries and for the EU as a whole, the VAT gap is an important factor that policymakers should take into consideration. It is calculated as the difference between the VAT collected and the theoretical tax liability according to tax law, the VAT total tax liability (VTTL). The indicator is then expressed in relative terms as a percentage of VTTL.

Although the VAT gap remains relatively high at the EU level, it has dropped from 20 percent in 2009 to 10 percent in 2019. The smallest VAT gaps occurred in Sweden (0.7 percent), Croatia (3.5 percent), and Finland (3.6 percent), while the EU member states with the greatest percentage of VAT left unpaid are Romania (33.8 percent), Greece (30.1 percent), Lithuania (25.9 percent), and Italy (24.5 percent). The report summarizes recent evidence and concludes that the institutional factors driving the VAT gap are high standard VAT rates and multiple VAT rates in addition to the quality of the judicial and legal system.

The report finds that by replacing the different reduced tax rates with the standard VAT rate applied to the whole tax base, under a revenue-neutral system, the average VAT rate in the EU could be reduced by 7 percentage points. 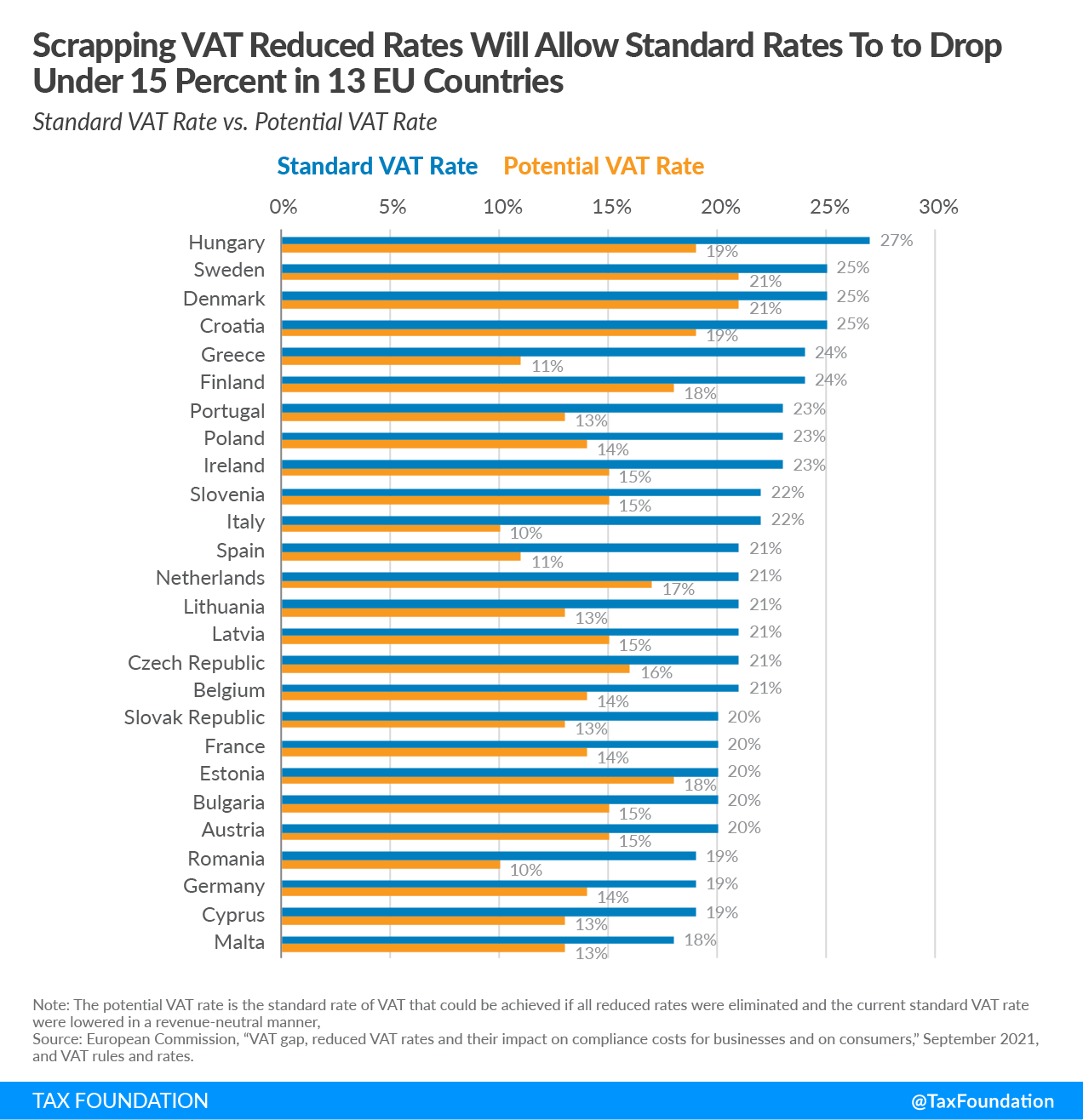 A VAT tax reform that eliminates VAT reduced rates would decrease compliance costs and allow for a more rapid economic recovery. Policymakers should focus on simplifying VAT rules and making them more efficient and neutral by broadening their tax bases and eliminating reduced rates and unnecessary tax exemptions.

However, governments should not shy from a revenue-neutral reform by lowering standard VAT rates because consumption tax revenues, as happened after the financial crisis of 2007-2008, are likely to rebound and grow at a faster rate than other tax revenues, even as incomes remain suppressed. Countries might also want to put in place compensation measures for poorer households, such as targeted tax credits or direct transfers to low-income earners.