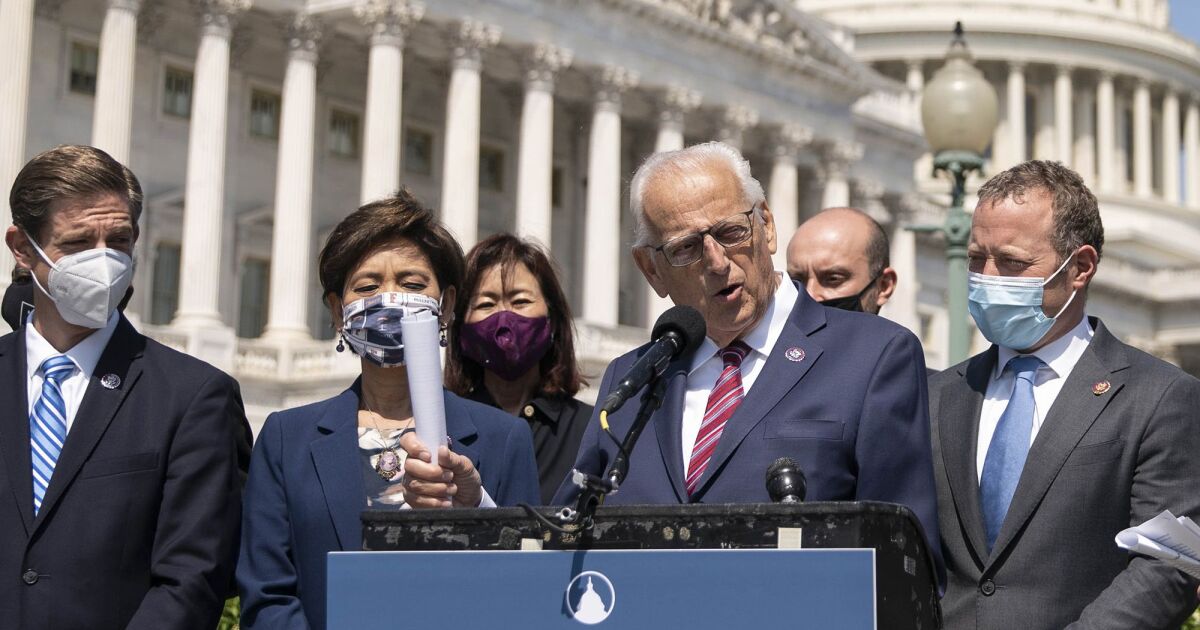 High-earning taxpayers would face much smaller tax hikes — or even cuts — if Democrats decide to restore the federal deduction for state and local taxes in legislation that’s now moving through the House.

If the SALT deduction were fully reinstated, the top 1% of taxpayers — those earning at least $401,601 — would face a tax increase less than half as large as that if the current cap on the write-off were retained, according to data from the right-leaning Tax Foundation.

Those individuals would see their after-tax incomes fall 1.9% under the House Democrats’ current tax bill accompanied by a SALT-deduction restoration, compared with a decrease of 5% if the $10,000 limitation on the write-off were not expanded.

Other taxpayers in the top 5% of earners would see the small tax hikes in the current House plan turn into tax cuts with the addition of a more generous SALT deduction. Taxpayers earning $165,181 to $401,600 would see their incomes rise 0.9% with an unlimited SALT deduction, compared with a 0.3% after-tax decrease without SALT relief, according to the data.

The figures shed light on a key debate among House Democrats over how to address the politically important tax break that benefits residents of Democratic strongholds, including New York, New Jersey and California. The tax portion of the economic legislation that passed the House Ways and Means Committee earlier this week omitted any plans to address SALT, instead leaving the issue to be negotiated by Democratic leaders.

The current plan — part of a broader, $3.5 trillion tax and social spending bill — calls for a range of tax hikes, including raising the top income rate to 39.6% from 37%, a tax surcharge on some millionaires and a higher capital gains rate for the wealthy on investment proceeds. It also features a host of corporate-tax changes.

Expanding the SALT deduction, which was restricted in President Donald Trump’s 2017 tax law, has proved to be one of the most controversial issues for House Democrats. Restoring the tax break will largely benefit high-earning households, while progressive lawmakers are pushing to steer the package toward greater spending for low-income households.

Several House Democrats, including New York Representative Tom Suozzi, have said they won’t support the tax and spending bill unless it expands the SALT break. Those lawmakers say that their constituents were unfairly targeted by Republicans in the 2017 tax law and that the restrictions on the deductions are harming middle-class taxpayers and causing residents to flee their states.

“We continue to work among our colleagues and the Senate to undo the short-sighted capping of SALT by Republicans,” Suozzi, House Ways and Means Chairman Richard Neal and Representative Bill Pascrell said in a joint statement this week, saying that House Speaker Nancy Pelosi was involved in the effort. “We are committed to enacting a law that will include meaningful SALT relief that is so essential to our middle-class communities, and we are working daily toward that goal.”

Critics of full repeal include both progressives like Representative Alexandria Ocasio-Cortez and Republican lawmakers.

Ocasio-Cortez said that she is open to some SALT relief to help families living in high cost of living areas, but that she won’t support completely lifting the cap.

“A full 100% SALT repeal means major tax breaks for extremely high-net worth individuals and billionaires. Why do that?,” she said in a tweet Friday.

I am open to taking a look at SALT and addressing concerns for families put under the squeeze in high cost of living areas.

But a full 100% SALT repeal means major tax breaks for extremely high-net worth individuals and billionaires. Why do that? 🙅🏽‍♀️

About 57% of the benefit of a SALT cap repeal would go to the top 1% of earners, worth an average of $33,100, according to data compiled by the Brookings Institution. Restoring the full SALT deduction would cost the U.S. Treasury $88.7 billion in revenue for 2021 alone, according to the Joint Committee on Taxation, Congress’s nonpartisan scorekeeper.

House lawmakers are discussing a two-year suspension of the SALT cap to be included in the bill. Democrats have also talked about increasing the $10,000 cap, rather than eliminating it entirely.

The Joint Committee on Taxation said that under the current House proposal, which doesn’t include a change for SALT, those earning $1 million or more would pay an average tax rate of 37.3%, compared with 30.2% under current law. Those earning $50,000 to $75,000 would pay a 12.2% rate, compared with the 13% they pay now.

8 million student loan borrowers will get automatic forgiveness. Here’s what you need to know
The 11 Best Desk Lamp Options for Your Office
Best Commercial Utility Cart Options for Your Business
The “Inflation Tax” Is Regressive
Alaska weather victims get federal filing relief