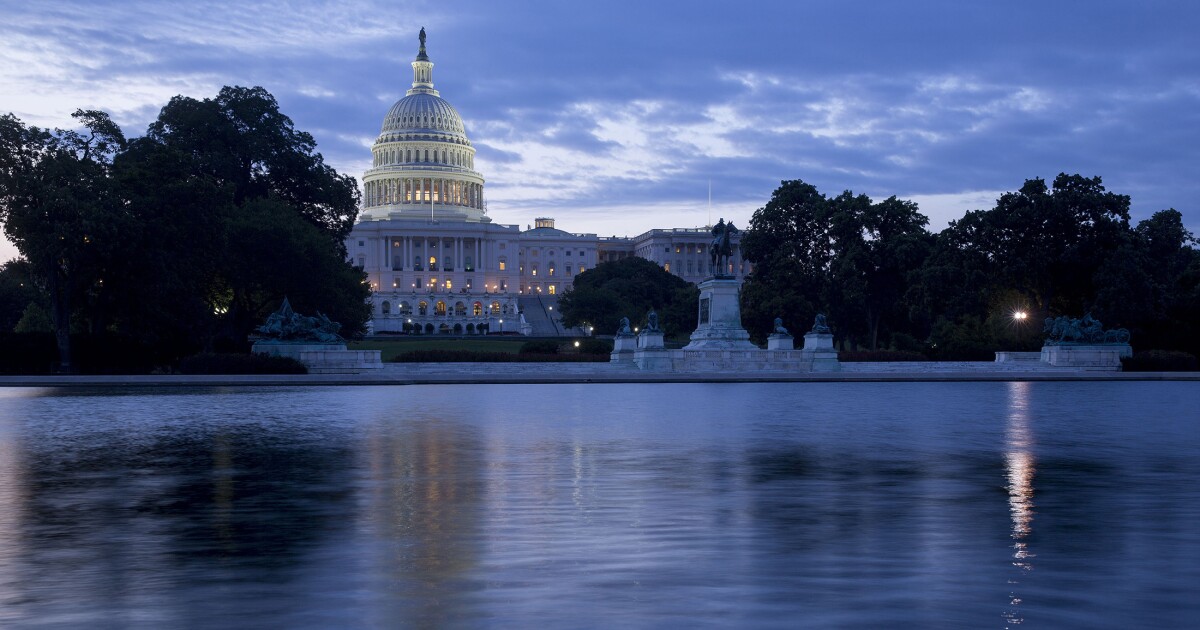 The House Budget Committee advanced a draft version of President Joe Biden’s signature tax and social spending measure, a milestone ahead of possible votes on the floor of the chamber this week.

Lawmakers voted 20-17 in a mostly party-line ballot to move the bill forward during a rare weekend meeting.

Congressional Democrats are using a fast-track budget process to ram the up-to-$3.5 trillion economic package through the Senate, bypassing Republicans. As part of the process, the Budget Committee must assemble the 13 component parts of the bill reported out of policy committees this month, and send the 2,465-page bill to the Rules Committee — the last step before a floor vote.

Scott Peters of California, a moderate Democrat, voted against pushing the bill to the next step after saying he objects to some provisions and believes the process is rushed. Peters opposed the drug price negotiation provisions in the bill.

“I think it needs more work,” he said.

While the session is a procedural step, it then turned to attempts by lawmakers to add non-binding amendments to the bill — providing a showcase for concerted Republican opposition and potential insight into some Democrats’ views on the draft.

The effort to keep the bill moving comes as House Speaker Nancy Pelosi and Senate Majority Leader Chuck Schumer are trying to project momentum for the Biden agenda amid deep Democratic rifts and falling poll numbers for the president. It remains to be seen if the package will be brought to a floor vote in the House anytime soon, given that four dissenting Democratic members could sink it in face of united GOP opposition.

Party leaders scheduled a meeting of all House Democrats for Monday at 5:30 p.m., as they struggle to unite the party on the economic package and a separate Biden-backed infrastructure bill that’s supposed to come to the House floor on Monday.

“The next few days will be a time of intensity,” Pelosi said in a letter to her Democratic caucus on Saturday.

The economic package would raise $2.1 trillion in revenue through measures including tax increases on corporations, the wealthy and tobacco users. That would help pay for a bevy of social programs including universal paid family leave and pre-school and free community college, along with new Medicare dental, vision and hearing benefits.

Democrats remain especially divided on the Medicare piece and whether to focus funds on expanding Medicaid, as well as on a proposal to regulate drug prices.

Missing from the draft is any change to the cap on federal deductions of state and local taxes, which some lawmakers say must be in the bill in order for it to pass the House.

The Budget Committee’s role involves combining legislation from 13 other committees into one bill. No substantive changes can be made. That will come later in the process either in the Rules Committee next week or from Democratic leaders on the floor.

“All we will be doing is essentially transmitting — voting to transmit — those 13 bills as one to the Rules Committee. And the Republicans — or Democrats if they want — could offer motions to instruct certain votes, but they’re non-binding,” Chair John Yarmuth of Kentucky told reporters.

Each GOP member of the Budget Committee plans to offer at least one motion, touching on broad complaints about the Democrats’ approach, Representative Jason Smith of Missouri, the panel’s top Republican, said in an interview.

Smith said Republicans will attempt to push Democrats to address the debt limit through reconciliation — the same fast-track legislative process being used for the tax and social spending bill. The nation is at risk of a default as soon as mid-October, but Democrats are still pursuing a likely doomed strategy of trying to get Senate Republicans to support a suspension of the statutory ceiling through Dec. 16, 2022, using the normal legislative process.

Republicans and some Democrats also aren’t happy that the committee work is being done without an estimate of how much it will cost. The Congressional Budget Office had only scored four portions of the package as of Friday.

“Clearly, the reason this is being done is because Pelosi is pushing it — because she’s trying to pick up five to 10 progressive Democrats for the bipartisan infrastructure bill on Monday,” Smith said.

He was referring to a scheduled vote on the separate $550 billion package of new public works spending. That has passed the Senate but is at risk in the House given progressive demands for the Senate to advance the bigger social-spending bill first.

Democrats are trying to forge a deal on the final size of the tax-and-spending bill behind the scenes. Centrist Democratic Senator Joe Manchin of West Virginia has said he doesn’t support the $3.5 trillion price tag. Once a top-line spending figure is determined, the party likely will have to agree to pare back some items, from social programs to tax credits, to conform to that number.

— With assistance from Billy House and Mike Dorning