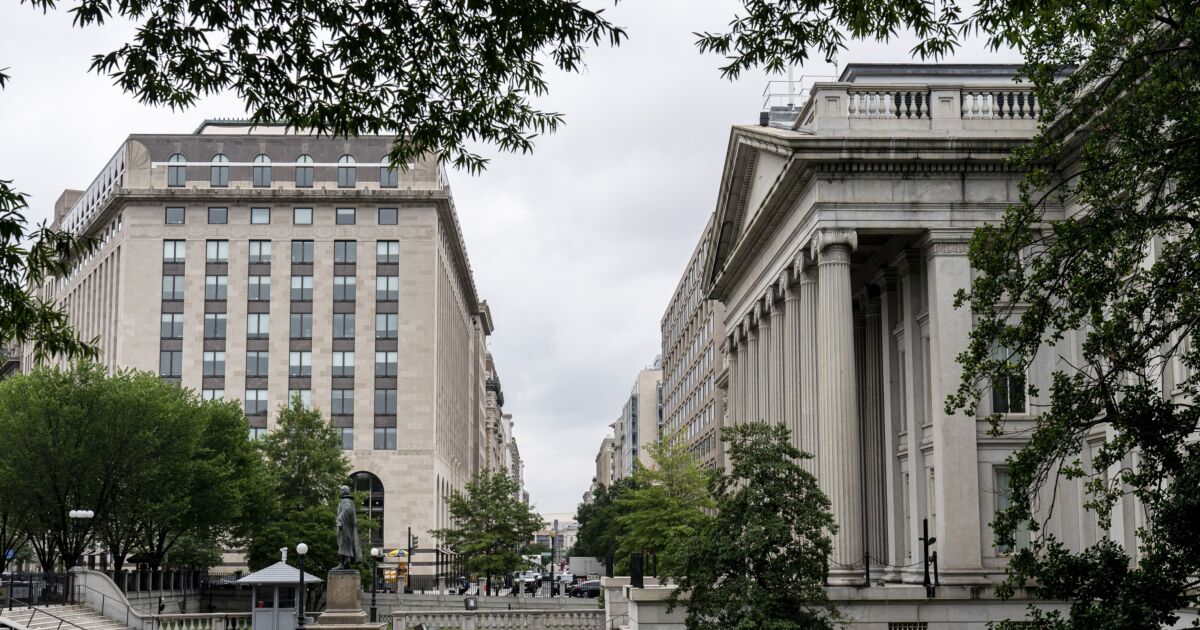 Democrats in Congress are considering a plan that would require banks to report accounts with at least $10,000 to the Internal Revenue Service — well above the Biden administration’s proposed $600 threshold — while also exempting some common transactions from the law.

“We’ve made some significant movement on the number,” House Ways and Means Committee Chairman Richard Neal said Monday. The Massachusetts Democrat said he backed the $10,000 figure from “day one” of considering the proposal, and that Senate Finance Committee Chairman Ron Wyden also supports it.

In addition, lawmakers’ staff members have begun working on language to exempt payments from payroll processors from the reporting requirements, according to a Senate Democratic aide familiar with negotiations. Removing direct deposits from the calculation would likely drastically reduce the number of accounts covered by the reporting rules.

The narrowing of President Joe Biden’s proposal to require financial institutions to report account flows the IRS responds to concerns that the plan would give federal tax collectors information used to single out taxpayers over small amounts of unreported income. Democrats are considering adding the plan to an up-to-$3.5-trillion social spending bill to offset some of the costs.

“The idea is to build in guardrails so that people at the lower end are not targeted. This is about people at the upper end,” Neal said in an interview. “We do think we can raise the level of compliance from everybody with more procedural requirements.”

Neal said congressional staff were looking at ways to “ameliorate legitimate concerns” among lower-income taxpayers that the data could be used to target them. The idea is one of dozens of tax proposals that Democrats are currently considering to finance a bill to invest in climate programs, child care and education.

Exempting mortgage payments from the threshold is another possible option to limit the reach of the reporting proposal, the Democratic aide said. The person said staffers are crafting the language so exempted payments would have to go to verified recipients, as a way to curb potential abuse.

The bank-reporting proposal to give the IRS more visibility into the deposits and outflows of many account owners has run into heavy lobbying from banks, along with objections from Republicans and some Democrats who are concerned that it would give the agency too much of taxpayers’ personal data.

A more narrowly targeted proposal could help win over support from some hesitant Democrats. The idea was excluded from an initial House version of the tax bill partly because lawmakers couldn’t reach agreement on the measure. The plan could be added at several points as the legislation makes it way through the House and Senate in the coming weeks.

While the Treasury Department estimated its information-reporting plan would raise $463 billion over a decade, Congress’s official scorekeepers have said the new reporting data would have only a small positive effect on revenue if Democrats succeed in increasing the IRS’s enforcement budget, as planned.

Congressional Democrats anticipate a separate estimate in coming days on how much the reporting provision will add in revenues on its own. That could make or break the policy, because if it does not raise significant revenue by itself it may be seen as not worth the political headache to include.

Democrats in Congress also want to prevent another pillar of Biden’s tax plan from collapsing after one key proposal — to end a tax break tied to inheriting assets that have appreciated — failed to garner sufficient support.