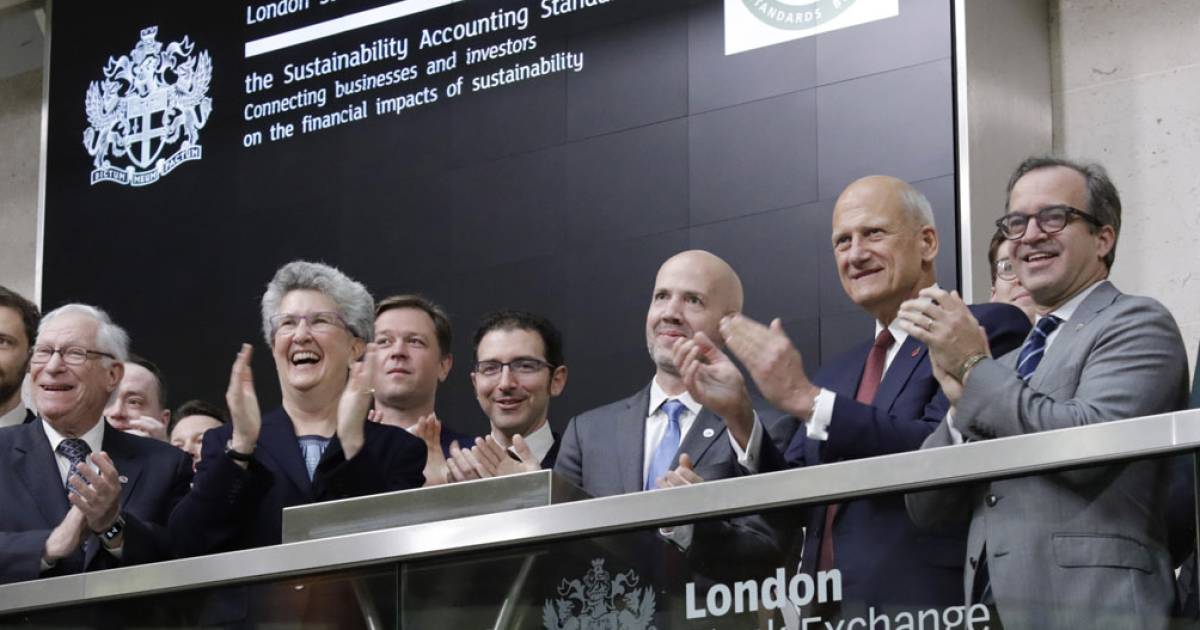 The Value Reporting Foundation, the group formed by the recent merger of the Sustainability Accounting Standards Board and the International Integrated Reporting Council, is mulling changes in how it uses the term “materiality” to avoid legal and regulatory conflicts for companies disclosing their sustainability efforts.

The issue of materiality was one of the topics during an online SASB Standards Board meeting on Friday. Other topics of discussion included updates on the board’s conceptual framework and tailings management in extractives projects, as well as recommendations for the projects on systemic risk in asset management and alternative meat and dairy products.

The Securities and Exchange Commission is weighing the possibility of requiring companies to make climate change disclosures as the signs of the climate emergency have accelerated in recent years, and as more public companies are doing some form of environmental, social and governance reporting. However, the SEC and other securities regulators have their own definitions of materiality, and the informal one that SASB has been using for ESG reporting may need to change to conform with the SEC.

“One of the things that we have heard back from our public comment period was that the way in which we have been using materiality in our conceptual framework can be confusing,” said SASB Standards Board chair Jeff Hales during a press conference. “I think that is generally true in this space right now. There are a lot of uses of the term ‘materiality’ when it comes to sustainability reporting, and we have used financial materiality to try to distinguish ourselves from other sustainability standard-setters in terms of trying to make it clear what types of sustainability issues we’re focused on, the ones that are going to be most useful to investors and creditors, for making those types of investment and credit decisions. But we’ve always said that the more traditional use of the term ‘materiality’ when it comes to that threshold — a judgment on whether a company has complied with reporting requirements — that is always going to be entity specific and standard setting isn’t designed to try to say what that should be.”

He believes it’s important to look at the facts and circumstances of particular cases, but he believes it’s important to align with not only the SEC, but also accounting standard-setters in the U.S. and abroad like the Financial Accounting Standards Board and the International Accounting Standards Board. “It was always about trying to serve as a complement to the traditional accounting standard-setters and to meet the information needs of capital markets,” said Hales. “What we’re hearing back, and I think that there’s a lot of support for this, is that aligning the language with the conceptual frameworks of the FASB and the IASB could better communicate that alignment of purpose.”

He wants the standards to provide the kind of information that would be relevant to investors and creditors.

In terms of the current projects being worked on by the board, Hales noted that three of them are further along in the process of standard-setting activity, and one is at an earlier stage. For the systemic risk in asset management project, the board has proposed to remove a topic on systemic risk management from one of the industries in the financial sector, and the public comments that came back from that proposal were largely supportive. For the project on tailings management in the extractive sector, the board proposed to expand its coverage of tailings facilities management for mining companies, particularly for the metals and mining standard, as well as for the coal operations standard. The public comments that came back from that proposal generally supported that proposal as well as trying to align with an ongoing industry initiative to improve companies’ disclosures related to this issue and their management of tailings facilities.

The board has also proposed to improve the way it communicates how it operates as a standard-setting board. “One of the things that we heard back here is that there still is substantial opportunity to clarify some of the diversity of views and understandings that are out there,” said Hales. “We’re continuing to hear calls for not only doing what we proposed in those exposure drafts, but actually even taking it a step further. Essentially the feedback being that further alignment with the Financial Accounting Standards Board and with the International Accounting Standards Board in terms of our conceptual language could improve our ability to communicate around what we tried to do.”

Some companies may be concerned about some of the legal risks with disclosures given the different definitions of “materiality,” which could be another reason for aligning with FASB, the IASB and the SEC.

“I think there certainly are legal implications for companies when they make disclosures, and there are some basic rules that seem to apply to companies when they disclose or when they make a decision to not disclose,” said Hales. “But since our standards are not required in any jurisdiction, then it doesn’t really have direct implications. You’d always have to look at the facts and circumstances for the company, given where they operate. I think standards are really helpful, though, for trying to make disclosures that would be decision useful by helping them to be more comparable, and that’s really what we’re targeting, trying to facilitate decision useful disclosures that companies make. SEC commissioner Allison Herren Lee has talked about the challenges with a principles-based approach to disclosure requirements around materiality, for example, and that the challenge of having that very flexible process also meet the needs of capital markets in the absence of standards that can help to provide comparable disclosure.”

He declined to speculate on what types of climate disclosures the SEC might require, but he pointed to some of their older guidance. “I don’t have any nonpublic insights on this, just whatever everybody is kind of seeing here,” said Hales. “But I think it’s very interesting to see what they have publicly said. They have clearly said that they are reviewing compliance with the existing 2010 climate guidance that they put out and that, in particular, they’re moving from saying that they’re going to be reviewing disclosures to making it a little clearer what they’re focused on. For example, a week or two ago, they put out an example comment letter to two issuers identifying the types of things that they might be interested in, asking companies with respect to how they’re making decisions around what they’re saying and MD&A. What they’re saying with sustainability reporting is if there’s a disconnect, why is there a disconnect and how do they make those decisions?”

On Tuesday, the Value Reporting Foundation released the SASB Standards XBRL Taxonomy, which was developed with the help of PwC, using extensible business reporting language to put SASB’s 77 industry standards in a structured XBRL data-tagged format similar to the kind already required by the SEC for financial filings by public companies.

“It’s been a very instructive process for us to engage in as an organization,” said Hales. “It helps make our standards more directly and easily usable. Ultimately, this information needs to be aggregated into the ecosystem that pulls information and feeds into investor decision making. The taxonomy has a lot of potential and will be compatible with the existing taxonomy for corporate reporting. At the end of the day, there’s a lot of potential around XBRL that has probably not yet been realized.”

Bank OZK (OZK) and Spirit Aerosystems (SPR): 9/23/2022 Bull & Bear
Sales tax receipts decline as inflation pinches pockets
Inflation and higher rates are a ‘dangerous mix’ for consumers already stretched thin, says chief financial analyst
Doing Tax Policy at the Ballot Is Not for the Faint of Heart
56% of Americans think the U.S. is already in a recession. These 4 steps can help protect your finances in a downturn