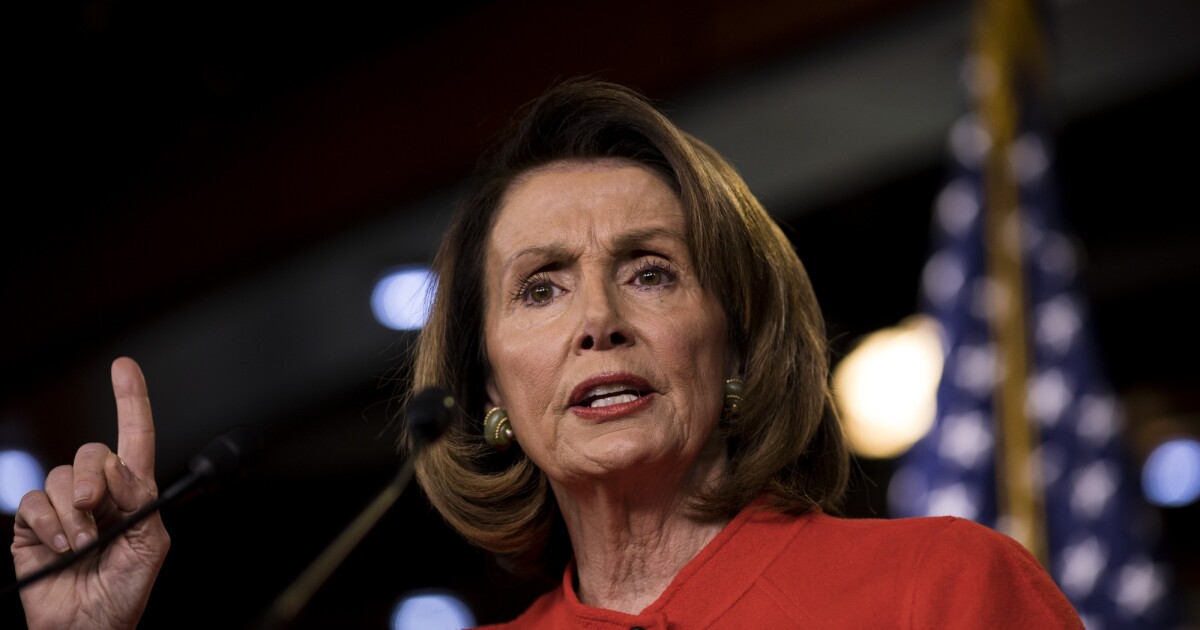 None of the centrist Democrats have yet threatened to block a vote on a $1.75 trillion tax and spending plan that forms the biggest parts of Biden’s agenda. Yet it was another indication that Pelosi, Biden and other Democratic leaders haven’t fully sealed the deal to get the measure passed.

Pelosi is focused on the House voting on the tax and spending proposal and a separate $550 billion public works measure before she attends the United Nations climate summit in Glasgow, Budget Committee Chairman John Yarmuth said Monday. Pelosi’s office has not announced when she is traveling to the summit, which lasts until Nov. 12.

“We’re on course to pass our bill,” Pelosi said Monday night of the larger package, which includes climate and social spending paid for by tax increases.

Another top Democrat, Rules Committee Chairman Jim McGovern, said his panel would likely meet Wednesday to set the parameters for floor debate on the tax and spending measure.

But comments from some House moderates cast doubt that the bill could pass a chamber in which Democrats can only afford to lose three votes.

Two Democrats — Stephanie Murphy of Florida and Jim Costa of California — said they would like to see a Congressional Budget Office score of the bill to ensure new spending is paid for. Their comments came on the heels of the announcement by Manchin, a West Virginia Democrat, that he’s withholding support for the package in the evenly divided Senate until he sees an assessment of the cost and economic impact.

“I’m very interested also in seeing CBO scores for the bill,” Murphy said. She wouldn’t say if she supports the bill, saying only that talks are still “fluid.”

Costa, at the same time, said lawmakers would feel “more comfortable” voting on the package if the CBO analyzed its costs and offsets. Lawmakers, he added, should have 72 hours to review the text before the vote.

Another moderate, Josh Gottheimer of New Jersey, wouldn’t comment directly on the CBO’s forthcoming analysis but signaled he may want more information before casting a vote.

“It’s important that we make sure we get as many facts as we can to make the smartest decision possible,” he said.

In a boost to Pelosi’s effort, the moderate New Democrat Coalition formally endorsed the draft bill on Monday. Last week the Congressional Progressive Caucus endorsed the outline of the plan. Pelosi is trying to seal a last-minute deal on drug price cuts to add to the measure in order to allow a vote this week.

Meanwhile, House progressives have signaled they do not intend to allow a vote on the infrastructure package until the larger tax and spending bill is teed up. Their votes are necessary on the roads and bridges bill, and they have said they will use it as leverage to push through their social spending priorities.

“Joe Manchin does not get to dictate the future of our country,” Representative Cori Bush of Missouri said in a statement on Monday.

— With assistance from Jarrell Dillard

In the blogs: Constantly evolving
ESG without returns is ‘simply not sustainable,’ says investor Lauren Taylor Wolfe
Best Winter Coats for Men and Women at Work
Hurricane Ian is a reminder for all homeowners to check their insurance for coverage of natural disasters
Even as expanded child tax credit helped millions out of poverty, some still haven’t accessed funds