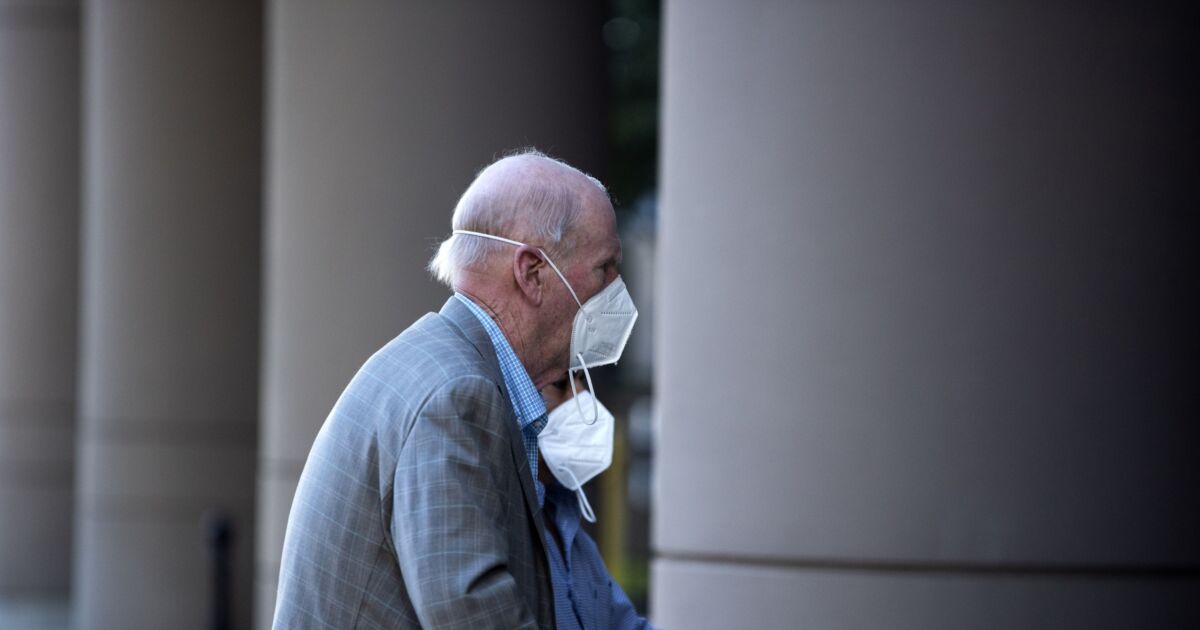 A lawyer who questioned software billionaire Robert Brockman in an antitrust lawsuit said he gave lucid and detailed answers almost three years ago, supporting prosecutors who claim he soon began faking dementia to avoid going to trial on tax-evasion charges.

Brockman, 80, had such a good memory that he was in the “top 5% in preparation and skill as a witness,” attorney Michael Nemelka said Tuesday in federal court in Houston. In January 2019, Nemelka spent hours grilling Brockman about his role as chief executive officer of Reynolds & Reynolds, which makes auto dealer management systems.

Nemelka recounted that Brockman had command of complex business and software matters in the lawsuit, which claimed Reynolds & Reynolds and another company unfairly dominated their market. Nemelka said he came away from the encounter with “grudging respect” for his adversary. He recalled Brockman “leaving by himself, with his jacket, smiling and whistling.”

Prosecutors, who charged Brockman last year with evading taxes on $2 billion in income, claim that Brockman began exaggerating his cognitive decline within weeks of the antitrust testimony. Defense lawyers say that neuroimaging and medical testing show his dementia from Parkinson’s or Alzheimer’s disease is “permanent, progressive and incurable.” They’ve urged a judge to declare him incompetent to stand trial.

Brockman looked frail Tuesday morning as he shuffled into court for a second day of testimony about whether he understands the complex tax evasion case against him. Brockman moved carefully as an assistant guided him into a courtroom where a judge is hearing conflicting evidence on whether the billionaire has dementia or he’s faking it.

Brockman sat impassively through hours of dense testimony by medical experts on what’s happening in his brain. U.S. District Judge George C. Hanks Jr. is overseeing the hearing, where prosecutors began their case Monday by calling two experts who testified that Brockman, who has Parkinson’s disease, is not as mentally unfit as he claims.

Robert Denney, a neuropsychologist retained by the government, resumed testimony on Tuesday, discussing the results of a test he administered this year. Brockman, he said, was reticent to discuss his case and “appeared capable and motivated to cooperate with counsel.”

Denney said he reviewed Brockman’s depositions, speeches and performance in tests conducted by medical experts hired by the defense. Brockman “knew the right answers but intentionally chose the wrong answers,” Denney said in one report this year. Some of the poor test results were “not consistent with genuine dementia,” while some showed that his memory decline is exaggerated, Denney said.

On cross-examination, Brockman attorney James Loonam sought to depict Denney as an unreliable witness whose credibility has been questioned by other federal judges.

Defense experts will testify later in the week, as will various witnesses who observed Brockman in his former role at Reynolds & Reynolds.

The hearing is expected to last at least a week, followed by more legal filings. Hanks will then rule on whether Brockman is competent for trial within two months.

Why Low Volatility ETFs are Beating the Market
Inflation concerns hit new high for small biz
Dishonesty around money could be a relationship killer, couples say. Here’s what successful partners do differently
Best Winter Coats for Men and Women at Work
Savings rates climb to levels not seen since 2009. Here’s how to get the best return on your money