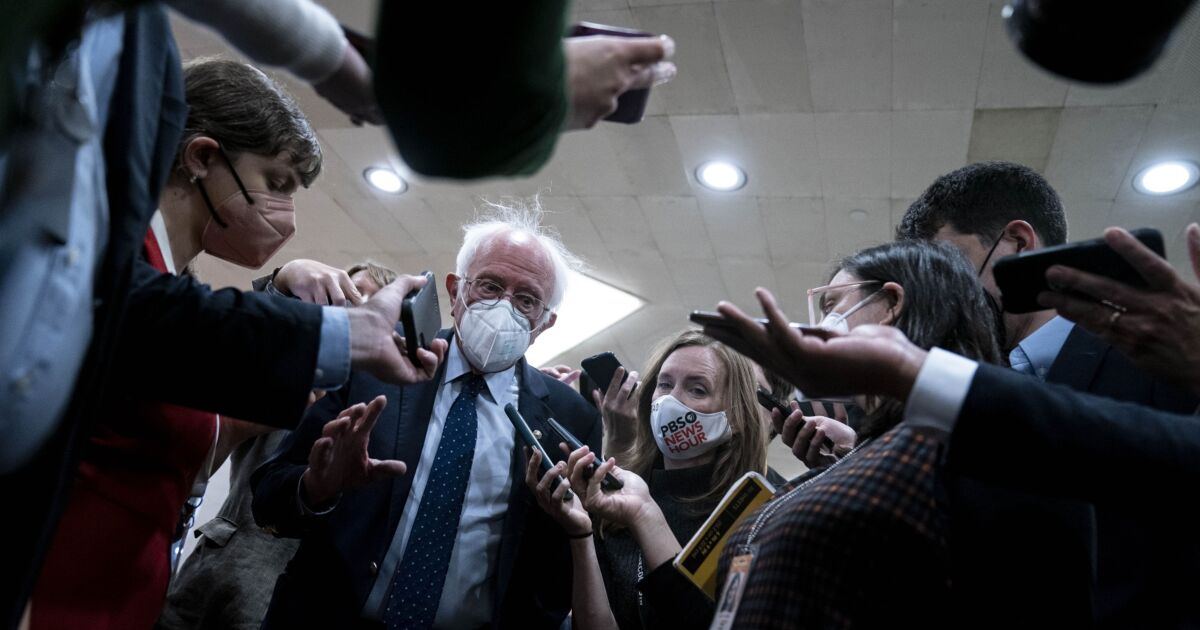 The House and Senate’s dueling proposals to expand the state and local tax deduction would both deliver large tax cuts to the wealthy, while failing to do much for middle-income households, according to a new analysis from the Urban-Brooking Tax Policy Center.

The House proposes increasing the cap on the SALT deduction to $80,000 from $10,000 as part of President Joe Biden’s Build Better bill. Senators Bernie Sanders and Bob Menendez are leading talks to cap the tax break by income, making it unlimited for those earning about $400,000 and phasing it down above that amount, citing concerns that the House plan would do too much to benefit the wealthy.

“The plan Sanders, Menendez and other Senate Democrats are developing would be only a modest improvement over the House’s $80,000 SALT cap,” the Tax Policy Center’s Howard Gleckman and Len Burman wrote in a blog post Thursday. “The House plan would produce a huge windfall for the very rich. The Senate would limit its windfall to the merely rich. And neither would do much at all for middle-income households.”

Because Democrats are leaving many of former President Donald Trump’s tax cuts intact, a more generous SALT deduction could mean that many high earners could end up paying less in income taxes under Biden than they did during the Trump era.

The very richest Americans would be the most affected if Congress were to go with the Senate plan over the House plan, according to the data. In the House’s version, one-third of the benefit from deducting SALT from federal income taxes goes to the top 1% of earners. In the Senate plan, only 0.1% of the benefit would go to one-percenters.

Middle-income households would get an average 2021 tax cut of about $20 from either proposal, the analysis found. That’s largely because people toward the upper end of the income spectrum tend to claim the write-off. Only about 10% of households have enough deductions — from SALT, mortgage interest, charitable deductions and other write-offs — to itemize their tax returns, versus taking the simpler standard deduction which is $25,100 for a couple this year.

The debate over how to address the SALT deduction has put Democrats, who have for years talked about lessening income inequality and making the tax code more progressive, in an awkward position politically. Some Democrats representing high-tax states, like Representatives Tom Suozzi of New York and Josh Gottheimer of New Jersey, say a more generous SALT deduction is a prerequisite for them to support the bill.

The SALT cap rollback wasn’t included in Biden’s original proposal. White House press secretary Jen Psaki said Thursday that House and Senate leaders have told the president “that this needs to be included in order for this legislation to move forward. And he certainly understands that and takes these legislators who’ve been doing this a long time very effectively at their word.”

House Speaker Nancy Pelosi, who represents a district with some of the highest concentrations of large SALT bills, made one of her most vigorous defenses of the SALT plan on Thursday. She said that by retaining the deduction at the federal level, states, including California, are able to fund robust social services for their residents.

“This isn’t about who gets a tax cut. It’s about which states get the revenue that they need in order to meet the needs of the people. And that is a fight that I will continue to make.” Pelosi told reporters Thursday.

Progressives, including Sanders, a Vermont Independent who caucuses with Democrats, and Representative Alexandria Ocasio-Cortez of New York, have repeatedly said a big expansion of SALT would largely help millionaires and billionaires.

The debate opened up Democrats to attacks from Republicans.

“While Americans pinch pennies to heat their homes and buy Christmas gifts, the bill would provide a massive tax write-off to rescue millionaires in high-tax states from their state governments’ fiscal insanity,” the conservative group Heritage Action said in a statement.

The SALT deduction is likely to be an ongoing source of contention as the bill is debated in the Senate. Menendez has said he and other Democrats are still finalizing the details of their plan and waiting for data from the congressional tax scorekeepers before revealing their plan.

— With assistance from Billy House and Jennifer Epstein