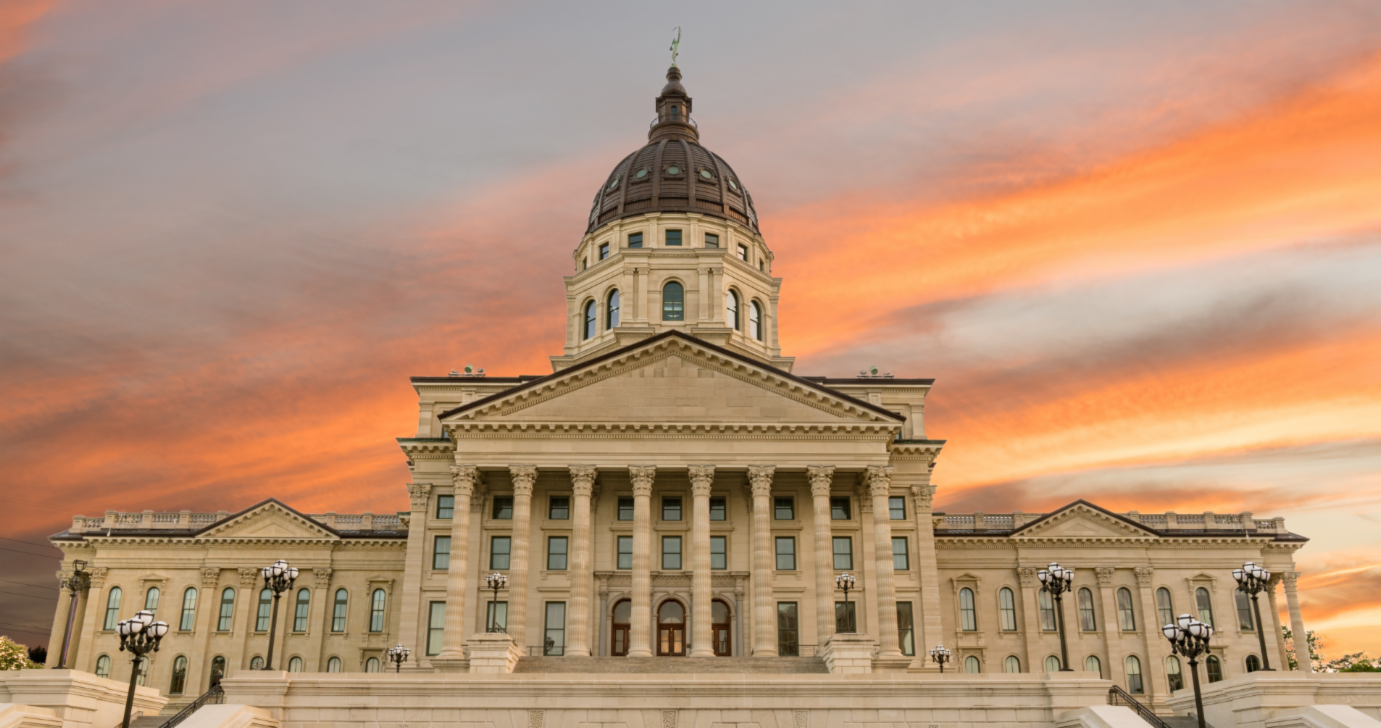 This legislative session, the sales tax on food has garnered a great deal of attention in Kansas, with policymakers on both sides of the aisle proposing the removal of groceries from the sales tax base. While this issue has long been a subject of debate in Kansas, it has gained increased attention this year in part due to the state’s large budget surplus and the high levels of inflation impacting consumer prices.

While the idea is politically popular, permanently exempting food from the sales tax base is a short-sighted, economically inefficient, and complex way of providing relief. If Kansas policymakers want to permanently reduce revenue by half a billion dollars or more, as a grocery exemption would do, a more economically beneficial, structurally sound, and distributionally efficient approach would be to reduce income and/or sales tax rates while improving Kansas’ existing Food Sales Tax Credit.

In Kansas and elsewhere, a sales tax exemption for groceries has often been presented as a progressive policy change with a distribution of benefits that favors low- and moderate-income households. This assumption often goes unquestioned, but it has several flaws. First, this assumption fails to acknowledge that many grocery purchases made by low-income consumers are already tax-free. To receive federal grants to administer the Supplemental Nutrition Assistance Program (SNAP) and the Special Supplemental Nutrition Program for Women, Infants, and Children (WIC), states must exempt purchases made with SNAP and WIC benefits from any state and local sales taxes, and all states do so.

This assumption also neglects the fact that middle- and higher-income households buy more unprepared foods and spend more money on more expensive foods than lower-income households, meaning they receive more of the benefit from a grocery exemption than do lower-income households. This should not be conveyed as a bad thing; almost any tax cut yields more savings in nominal dollars to those who engage in more of the taxed activity, whether consuming, earning income, or otherwise. But if the aim of a grocery exemption is to inject progressivity into the tax code and target relief to consumers struggling to make ends meet, it largely fails to do so.

Our research shows that, in two revenue-neutral scenarios in which a higher sales tax rate is paired with a grocery exemption and a lower sales tax rate is applied to a base that includes groceries, the lowest deciles of consumers are actually better off with groceries included in the base, given the existence of tax-free SNAP and WIC benefits. This benefit extends to many more deciles when a food sales tax credit is added. As such, a far more efficient means of targeting tax relief to lower-income Kansans would be to expand Kansas’ existing income-tested Food Sales Tax Credit—not to exempt groceries while repealing the credit.

Furthermore, there is widespread consensus among economists that broad-based, low-rate taxes are superior to narrow-based, high-rate taxes. As a source of revenue, a well-designed retail sales tax is one of the least economically harmful taxes a state can levy. Income taxes, by comparison, discourage labor and investment and lower the payoff to work on the margin. The economic literature consistently finds that sales taxes are less of an impediment to economic growth and location decisions than are income taxes.

This legislative session, Kansas legislators have debated multiple bills reflecting varying approaches to a sales tax exemption for food, two of which we testified on. The House and Senate tax committees reported HB 2711 and SB 339, respectively, but no such proposal has come before the full House or Senate for a vote.

Shortly before the legislature’s spring recess, an unrelated tax bill, HB 2106, was gutted by a conference committee and replaced with language that takes yet another approach to phasing out the sales tax on groceries, a legislative procedure called “strike out and insert” in Kansas. The conference committee report proposes phasing out the sales tax on unprepared foods incrementally over three years, reducing the rate to 4 percent in 2023, 2 percent in 2024, and 0 percent in 2025.

The differing approaches to food sales tax exemptions explored in various bills shed light on how complex it is to land on a definition of “food and food ingredients” for sales tax purposes. The conference committee report language for HB 2106 would extend the proposed sales tax exemption to unprepared food and food ingredients, including candy, soft drinks, bottled water, dietary supplements, and food sold through vending machines, which would make it a larger exemption than is available in most states. In a far-from-perfect attempt to rescind the benefit of a grocery exemption from foods that carry little nutritional value, most states that provide preferential tax treatment to groceries claw back any benefit for candy and/or soda. Currently, 33 states and D.C. apply sales taxes to soda, while 27 states and D.C. apply sales taxes to candy.

Notably, the conference committee report to HB 2106 does not extend the proposed food sales tax exemption to restaurant meals and other prepared foods, as SB 339 and HB 2484 would have done. Every state with a sales tax applies the tax to restaurant meals, so a carveout of this nature would make Kansas an extreme outlier. According to the Kansas Department of Revenue, sales of food and food ingredients, including restaurant meals, generate nearly one-quarter of the state’s sales tax revenue. A sales tax exemption that includes prepared foods would therefore be an extremely costly carveout that would come with far fewer economic benefits than many alternative tax relief proposals of the same size, such as income tax rate reductions.

House Bill 2106 would also require food to continue to be taxed at the local level, which differs from SB 339, which would allow cities and counties to exempt food at the local level if they so choose. Sales taxes are a major source of revenue not just for the state, but also for cities and counties in Kansas. State policymakers should avoid pressuring local governments to erode their sales tax bases, as this, in time, could lead to rate increases. Varying local bases would also increase complexity and cause some consumers to do their grocery shopping across city or county lines to avoid any tax. Even this approach adds complexity, though, since it yields a class of goods taxed at the local but not the state level.

When it comes to providing tax relief to middle-income taxpayers, instead of exempting groceries, a better approach would be to reduce income and/or sales tax rates for all taxpayers. Reducing the income tax rate would promote economic growth and attract in-state investment, and reducing the general sales tax rate would help all consumers by reducing the rate they pay on all taxable purchases, including prepared foods and households items instead of just groceries.

To provide targeted tax relief to assist lower-income consumers, Kansas’ Food Sales Tax Credit could be reformed in a variety of ways. Under current law, Kansas offers a nonrefundable income tax credit that reduces income tax liability to help offset sales taxes paid on food throughout the year. Eligibility is limited to Kansas residents with Federal Adjusted Gross Income (FAGI) of $30,615 or less who also either (1) are age 55 or older, (2) have a disability that prevents them from working, or (3) have a dependent under the age of 18. The credit amount is $125 per person for the taxpayer, spouse, and minor dependents.

Earlier this year, for example, Idaho policymakers increased the state’s existing food sales tax credit while extending income tax relief in the form of both a one-time rebate and a permanent income tax rate reduction rather than exempting groceries from the sales tax.

As this year’s legislative session winds down, Kansas policymakers should consider a similar approach to provide tax relief in a more pro-growth, structurally sound, and distributionally meaningful manner.