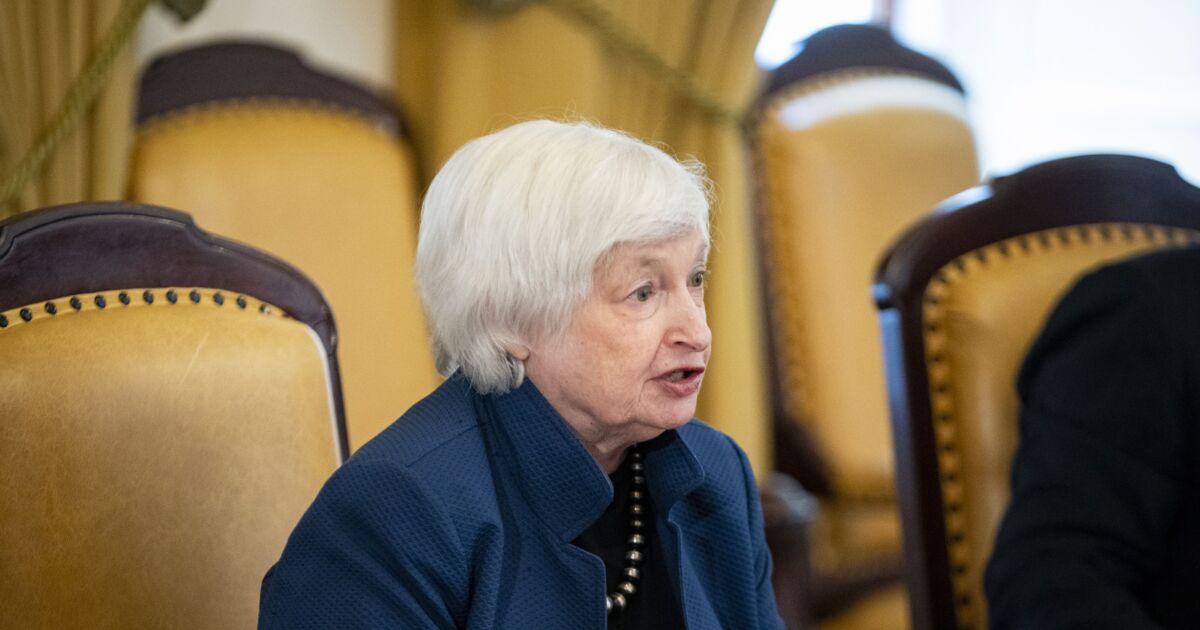 Treasury Secretary Janet Yellen outlined some of the Biden administration’s unfinished economic business on Thursday in a speech calling for higher tax rates on the rich and on companies to help pay for social spending.

With less than two months before midterm elections where Democrats will be battling against the political odds to retain control of Congress, Yellen provided a sweeping review of what she saw as the administration’s bragging points: flooding the economy with fiscal support to weather the pandemic and enacting measures to boost long-term growth, productivity and fairness.

“The most immediate challenge is to return to an environment of stable prices without sacrificing the economic gains of the past two years,” Yellen said in remarks prepared for delivery at an event in Michigan.

While the Federal Reserve has the “primary role” in restoring price stability, combating inflation is the administration’s top priority, she said. Part of that includes addressing public finances, she said, alluding to legislation passed last month that shrinks the fiscal deficit by boosting IRS funding and imposing a new minimum tax on some corporate earnings.

“As we look to the fall and the months beyond, our administration is ready to build on the achievements of the past year,” Yellen said. “We will build on the momentum of the Inflation Reduction Act’s corporate-tax reforms to advocate for additional reforms of our tax code and the global tax system.”

The Treasury secretary called for “closing loopholes and returning tax rates for high earners and corporations to historical norms.”

Meantime, the Internal Revenue Service will be using the $80 billion of funding from the Inflation Reduction Act to step up audits of high earners, who are disproportionately responsible for underpayments of taxes owed, Yellen said. The so-called tax gap is estimated at $7 trillion over the next decade, she said.

“By making everyone pay their fair share, these reforms will provide our government with additional fiscal room to make critical investments,” Yellen said of the further tax reforms Biden is seeking.

President Joe Biden’s administration had to abandon a welter of proposed tax hikes to win approval of last month’s package, including rolling back the Trump administration’s cut to the top marginal income-tax rate. Progressive Democrats also had to jettison spending on child care, elder care and affordable housing.

Going forward, Yellen listed a number of priorities in her speech, at a Ford Motor Co. electric vehicle plant in Dearborn, Michigan:

“For all there is left to do, I will say this: after the progress we have made over the past few months, I am more optimistic about the course of our economy than I have been for quite a while,” Yellen said.
Along with the IRA — which featured $370 billion in tax incentives and other programs to help fight climate change — Congress passed two other economic packages over the past year. The Bipartisan Infrastructure Law added a net $550 billion over roughly five years, and the CHIPS Act had $52.7 billion in aid for semiconductors.

Taken together, the three packages “will expand the productive capacity of our economy,” Yellen said. “With an economy at full employment, we are uniquely suited for a supply-side expansion that delivers sustainable growth and reduces inequality.”

Yellen, not a familiar figure on the campaign trail, will need voters to buy that message — and ignore the fact that the administration’s COVID spending by most estimates helped fuel inflation — if she’s going to get a chance to implement remaining targets.

With voters stung by high gasoline and grocery prices over the past year, the prospects for the Democrats to hold on to Congress after the November elections plunged. It remains unlikely, according to polls, that they will hang on to both houses, but recent successes in Congress and a steady decline in gasoline prices have helped boost their chances.